10 Hacking Techniques to Keep an Eye Out For

WordPress is one of the most popular platforms that business owners use as the foundation of their website. This popularity, however, makes WordPress websites the target of hackers and malicious attacks.

Fortunately, one of the best ways to protect yourself is through understanding the most common hacking techniques that cyber criminals use.

Not sure where to start? Don’t worry, we’ve got you covered.

Let’s take a look at everything you need to know.

This is one of the most common hacking techniques that you will encounter as a website owner.

If you allow advertisers to purchase space on your website, there’s a chance that someone may use an ad maliciously. This typically involves redirecting a user who clicks on the ad to a site that downloads malware onto their computer.

From here, the hacker aims to compromise as much personal information from the user as possible, often for the purpose of selling it to a third-party. In extreme cases, this information could even be used to blackmail the user in question.

Unfortunately, these advertisements are also specially designed to be as visually captivating as possible. This means that they generate high numbers of clicks from users.

So, is essential to research a company before you allow them to purchase advertising space. Taking a few moments to look into your prospective advertiser to make a huge difference in the overall safety of your site.

After a hacker gains access to this data, it’s entirely possible for them to assume your identity while they browse the Internet. This means they will likely have no issues logging into websites that hold sensitive data, such as social media platforms, online banking portals, etc.

As you may expect, hackers primarily target websites with large databases of valuable information. Online merchants without proper SSL encryption are particularly at risk of this type of attack.

As the name implies, a brute force attack is one that involves forcing unauthorized access to a website’s data. Through the use of password hacking tools, the hacker attempts to ‘guess’ the credentials of a user’s account in order to gain access to it.

This simple and repetitive process is where the term ‘brute force’ stems from.

This is also the reason why most websites have a set of requirements for the passwords their users make. This often involves creating a password that has a symbol, capital letter, and avoids the use of repetitive characters or numbers.

The more complex your password is, the more difficult it will be for the hacker’s application to guess.

Luckily, WordPress developers have created security plugins to help reduce brute force attacks and improve the overall security of websites. iThemes Security, for example, can limit the total number of login attempts so that hackers won’t be able to keep guessing your credentials until they’re able to gain access to your account. 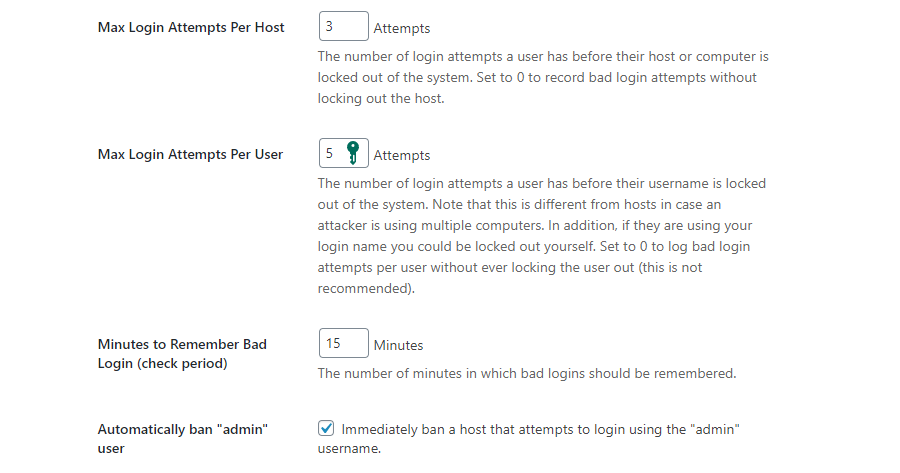 This is another commonly seen attack that involves online advertisements. In general, the hacker aims to create a misleading user interface in hopes that the individual will click on it instead of the actual UI.

For instance, a page that offers a free download may have an advertisement adjacent to the legitimate download link.

The intent behind this behavior isn’t always malicious, as it’s often used to generate ad clicks. But, it can sometimes be used to install malware on a user’s computer.

This type of hacking technique can be potentially crippling for a website. This is particularly true for small businesses that mainly operate online.

A denial of service attack occurs when a hacker uses software to flood a website’s servers with an abundance of traffic in order to make the website inaccessible to anybody else.

Eventually, the server will be unable to process all the requests made by this increased amount of traffic and will crash.

Hackers generally use a network of compromised computers (known as a botnet) in order to orchestrate this process. The machines that are a part of the botnet are controlled through malware that’s installed on them, and the users of those computers may not even be aware that anything is wrong.

Under extreme circumstances, hackers can even use a large network of compromised computers to crash a large, well-protected website.

While a DDoS attack is notably difficult to defend against, using a Content Delivery Network alongside a WordPress hosting plan can help you distribute traffic across your network. This makes it less likely that your site will become inaccessible during this circumstance.

Since even a few hours of downtime can cost a business thousands of dollars in potential revenue, it’s worth taking every safeguard that you can.

Since most websites use SQL in order to interact with databases, hackers commonly made use of SQL code in an attempt to run commands on the website itself.

For example, a hacker might use a web form with SQL code in order to gain unauthorized access to sensitive information after the server executes the code.

This most frequently involves copying files, erasing information, or even modifying the data that is stored within the database. Unfortunately, this type of attack is also relatively easy for even amateur hackers to execute.

Although this isn’t much of a worry for individuals who operate out of a location with a controlled environment like an office, those who frequently interact with their website in public places need to be aware of this hacking technique.

Hackers can use software that functions as a fake Wi-Fi connection and wait for users to connect to it. Although the person connecting to the network is still able to access the Internet, all of the information related to their activity can be seen by the hacker.

For website owners who are dealing with sensitive information like passwords, database info, etc., this is a proverbial goldmine for the individual running the false connection.

Hackers also like to make the names for these networks particularly convincing. So, ensure that you are using the correct network by asking someone who works at the facility. This will help you make sure that you have the proper network name.

Unfortunately, it’s not impossible for hackers to mislead a company’s own employees in order to gain access to the data they’re looking for.

A typical scenario could involve a cyber criminal posing as an IT employee. This is especially dangerous for businesses that outsource all of their IT obligations, as many of the company’s employees may not be aware of who’s working for them.

The hacker will often explain that they don’t have the required credentials in order to resolve an outstanding issue that needs their immediate attention. They’ll also likely put pressure on the company’s employees to provide them with this information.

While many businesses train their employees to be wary of these scenarios, not every company takes these protective measures.

If the criminal is able to gain the access they need, the situation could easily turn into a full-blown data breach.

One of the more dangerous hacking techniques, DNS spoofing occurs when a cyber criminal essentially ‘hijacks’ traffic to a particular website and redirects it to a different site entirely.

More often than not, the website that the hacker directs this traffic to often exists for the sole purpose of installing malware on the user’s computer. This is typically malware that functions in the background and collects data on the user, and many people may be entirely unaware that their computer has been infected.

Keeping your web browser properly updated can help prevent you from accessing a compromised website. But, the original website will still see a drop in traffic, making it an issue that should be identified and resolved as quickly as possible.

Most people are aware of this method, but many still fall victim to it despite its straightforward approach.

It all begins with receiving an email or direct message from an unknown sender who poses as a legitimate source. When hackers target site owners, they typically send fraudulent emails that claim to have important information related to their website.

They’re then given a link to what initially appears to be a login page for their platform. Unfortunately, this page is only a facade and send their login information directly to the hacker.

As with social engineering attacks, this allows the hacker to obtain legitimate login credentials and act unrestricted.

Understanding The Above Hacking Techniques Can Seem Difficult

But it doesn’t have to be.

With the above information about the most common WordPress hacking techniques in mind, you’ll be well on your way toward ensuring that your site remains as well-protected as possible.

Want to learn more about how we can help protect your website from the most common hacking techniques? Feel free to get in touch with us today to see what we can do.

Stay up to date on the latest WordPress tips and news

5 Great Reasons to Use a WordPress Maintenance Service